On November 13, 2021, the Southern University of Science and Technology (SUSTech) “Science-Popularization-Fiction” themed exhibition and the second volume of the “Encyclopedia of High-Tech Whys” book launch ceremony was held, echoing Shenzhen’s literary festival for bookworms.

Ling ZHANG, Member of the University Council and Director of the Office of Communication and Public Relations (CPR), presided over the event. 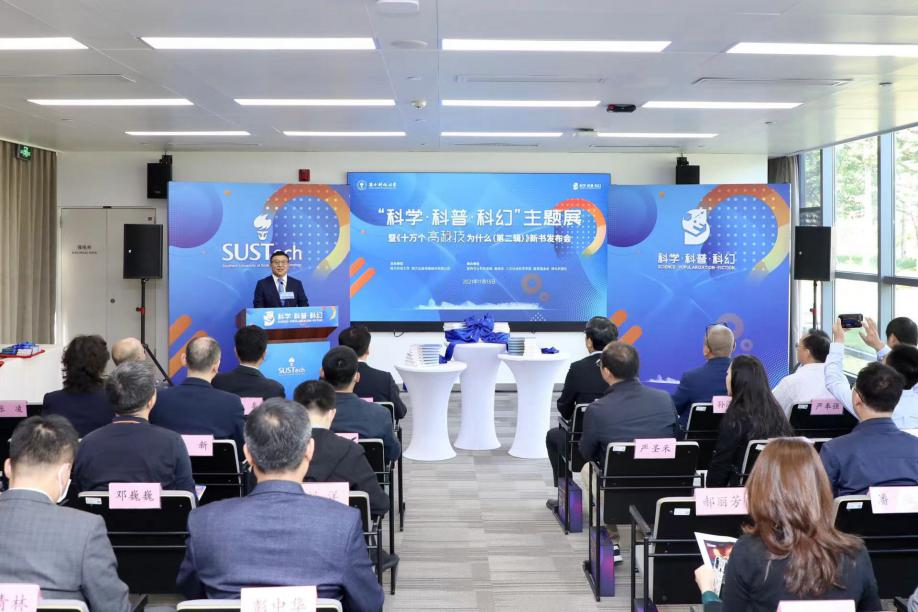 The “Encyclopedia of High-Tech Whys” series of science popularization books were written by a group of well-respected professors. Based on their scientific research results at SUSTech, the books focus on the frontiers of contemporary scientific and technological development.

The first series of “Encyclopedia of High-Tech Whys” was published in September 2020 by the Guangdong Science and Technology Press, a Guangdong Publishing Group subsidiary.

It was also selected for the 14th Guangdong Provincial Education Department’s “The Best New Books to Read in Summer” for primary and secondary schools in Guangdong Province and the 2020 Bestseller List of China Press Publications Radio Film and Television Journal. 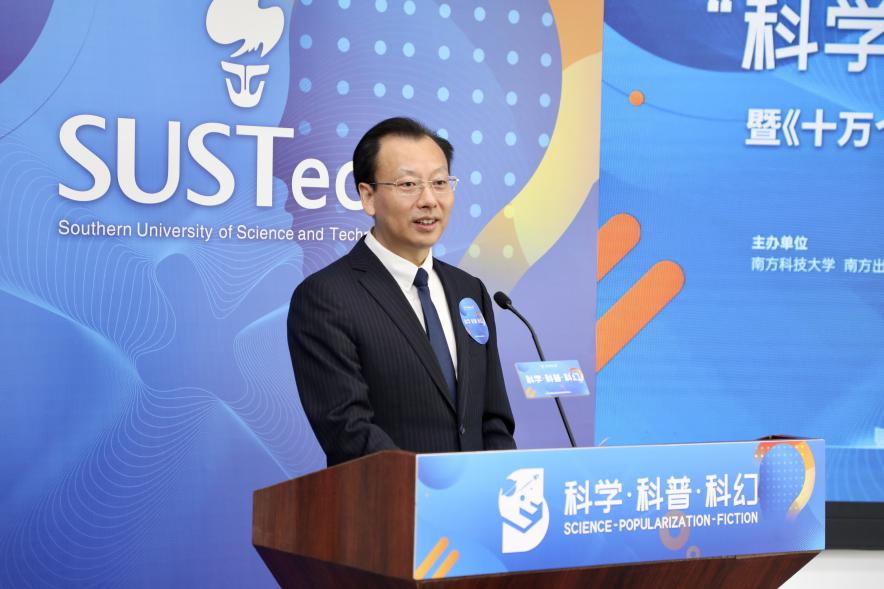 In his remarks, Chairperson Fengliang LI spoke about the developments and achievements of SUSTech in science, science popularization, and science fiction in recent years. He said that SUSTech has attracted international talents and nurtured the environment for research with significant breakthroughs in scientific research in recent years.

While committed to first-class research, SUSTech has also aimed to promote scientific and technological awareness among the public. He added that SUSTech would continue to expand its popularization of science, prepare scientific and cultural magazines, and gradually build a comprehensive cultural platform that integrates science communication, education, and the creation of science fiction. 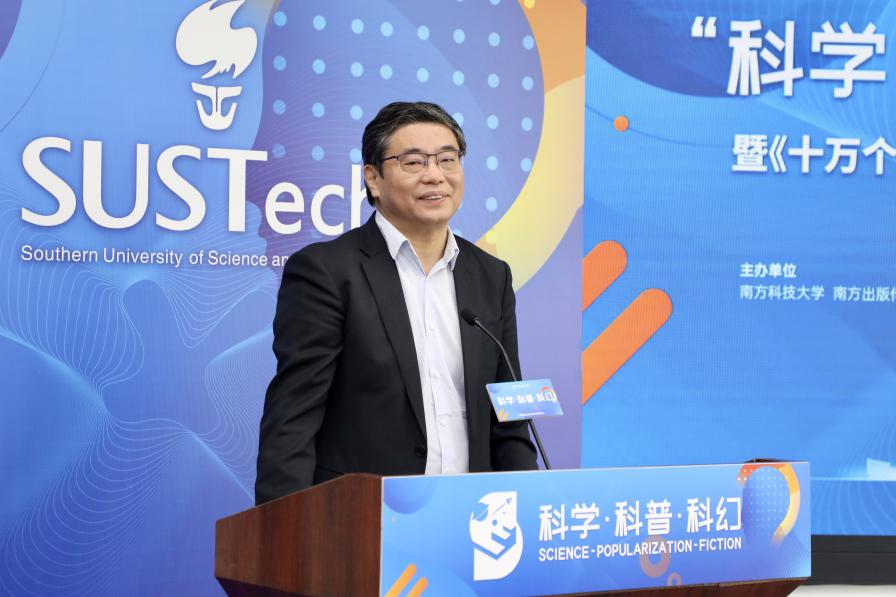 Chuangui DU also spoke at the ceremony. He briefly introduced the achievements of the Guangdong Publishing Group in recent years. He said that as a new type of research university, SUSTech has not only committed to achieving first-class academic results but is also willing to promote science communication, which demonstrates its responsibility as a first-class university to society.

He added that Guangdong Publishing Group and SUSTech share a common similar culture as both bared the word “Southern” in their names. He hopes that both parties will continue to work together to write and publish more high-quality science and technology books and promote the development of science popularization and science fiction. Fengliang LI, Chuangui DU, Zejun SUN, along with other members from SUSTech and the book’s editorial board, officially launched the new book. 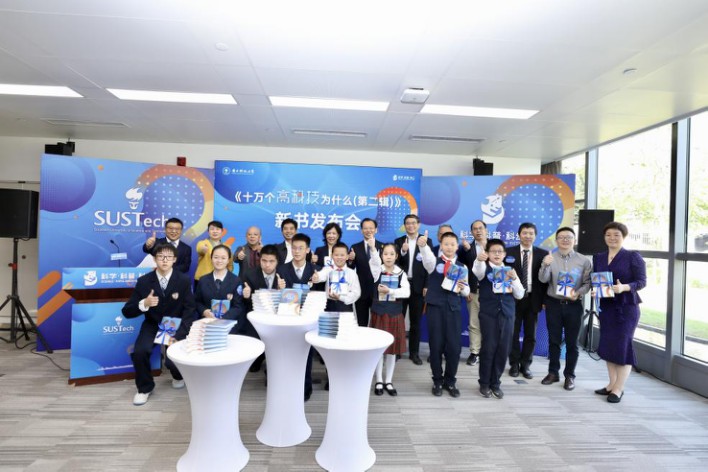 Qingsong LIU, Chair Professor of the Department of Ocean Science and Engineering, then presided over the “Science-Popularization-Fiction” forum.

Guests of the forum included Yuehong CHEN, Dean of the School of Humanities and Social Sciences, Xin YANG, Head of the School of Environmental Science & Engineering (ESE), Weiwei DENG, Professor of the Department of Mechanics and Aerospace Engineering, Yang LIU, Lecturer for the Center for Humanities at SUSTech, and Geng LIU, Director of the Editorial Office of Guangdong Science and Technology Press. Guests also got the chance to visit the exhibition of “Science-Popularization-Fiction” which was divided into three sections.

In the first section, 35 research papers cover pictures focused on the cutting edge frontiers of SUSTech’s scientific and technological progress and achievements. The second section mainly showed the progression of SUSTech’s science popularization in recent years, and the third section displayed the recent improvement of SUSTech’s sci-fi literature and creation.