On the morning of November 30, 2021, Consul General of the Consulate General of the United States of America in Guangzhou, Lisa K. Heller, and her delegation visited the Southern University of Science and Technology (SUSTech). 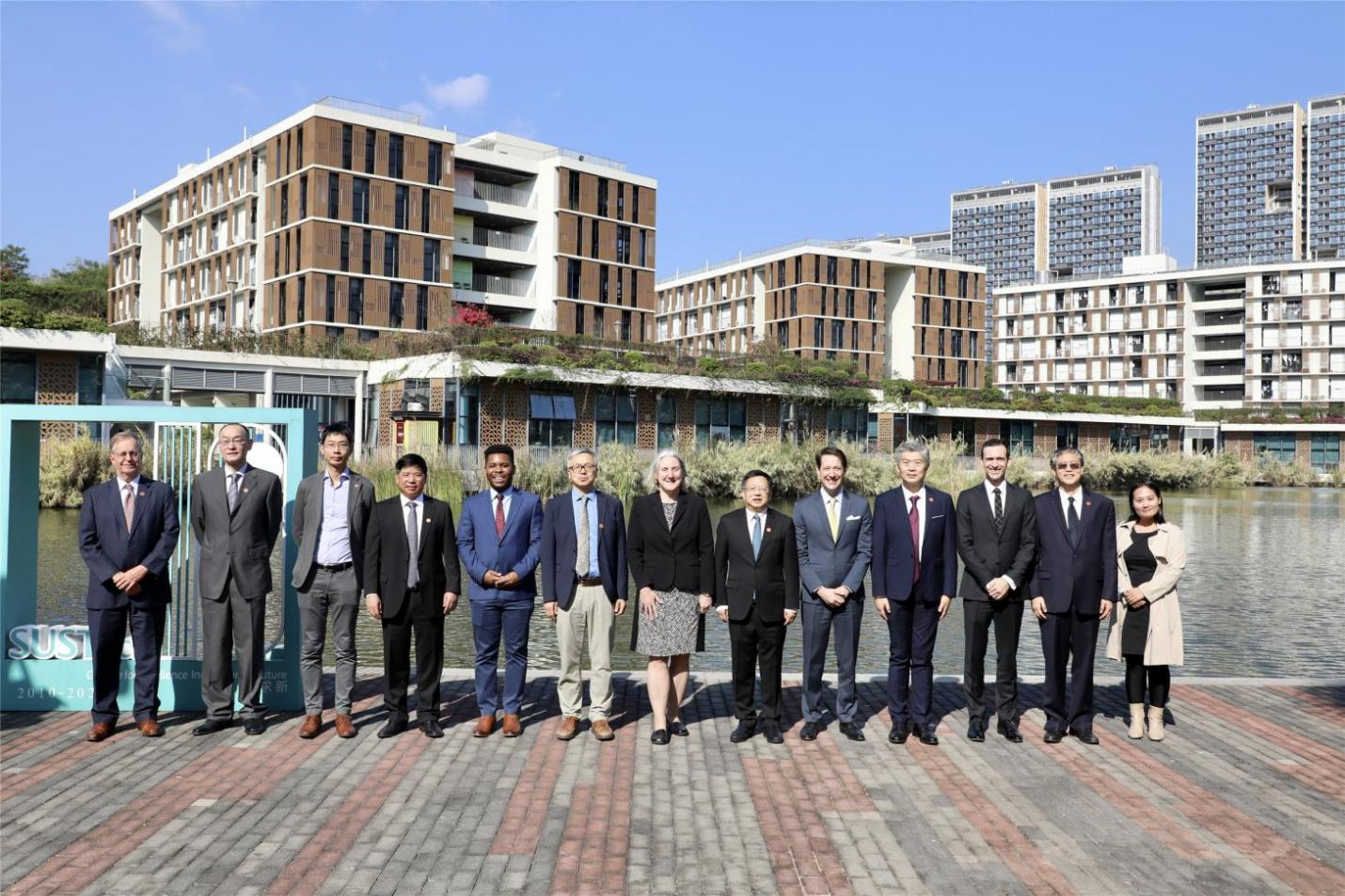 At the meeting, the two sides discussed the current state of academic cooperation between SUSTech and partner universities in the United States, the impact of the COVID-19 pandemic on international academic exchanges, and opportunities for collaboration between Chinese and American universities in a variety of fields.

Provost Dongxiao ZHANG gave a brief summary of the current state of academic affairs of SUSTech. He described SUSTech as a youthful, modern, and rapidly expanding research university with a high percentage of international faculty and extensive academic collaborations with institutions in the United States.

He expressed his hope that SUSTech could expand its academic collaboration with American colleges to foster student training and scientific research. The two sides can work together to cope with pressing issues such as the fight against the pandemic and climate change.

Consul General Heller spoke highly of the rapid growth and development of SUSTech. She acknowledged the University’s international standing and innovative approach and stated that China and the U.S. have a lot of potential for partnership in various areas. She said that fostering educational exchange has always been a key priority for her.

Acting Vice President Li JIN outlined the organizational structure of the Humanities and Social Sciences of SUSTech and its aspiration to develop well-rounded students. Vice Provost Chunmiao ZHENG spoke about the various international programs for students, which encourages and supports students to study abroad to gain international experiences and perspectives.

Dean Mingzhao XING briefed the delegation on the School of Medicine’s overall vision. Dean Xin YANG discussed the initiatives taken by the School of Environmental Science and Engineering in global change-related research, an area of great mutual interest for China and the United States. Dean Thomas Kvan introduced the new School of Design and its importance in relation to Shenzhen’s future development.