Study of the Hawaiian-Emperor Seamount Chain has hatched the Mantle Plume hypothesis that has profoundly altered the subsequent research in Earth Science. Yet, the mysterious bend at the intersection between the Emperor Seamount Chain and the Hawaiian Seamount Chain has remained unsolved (Fig. 1). Hypotheses include an abrupt change in Pacific Plate motion and a change in plume mantle dynamics around 50 million years ago (Ma), but debates surround their relative contribution.

Assistant Professor Jiashun Hu from the Department of Earth and Space Sciences at the Southern University of Science and Technology (SUSTech) and his co-authors have reported their latest work proposing the lost plate in North Pacific, the Kronotsky Plate (KRO), which is the key to the puzzle. Their work, entitled “Dynamics of the abrupt change in Pacific Plate motion around 50 million years ago,” has been published in the high-impact academic journal Nature Geoscience. It is now widely accepted that the Hawaiian-Emperor Seamount Chain is a hotspot track that formed as the plate moving above a hot rising mantle plume. What is unique about the Hawaiian-Emperor chain is the distinctive 60° bend, a feature that won’t exist if the mantle plume is fixed (a widely used assumption in research) and the plate motion is steady. Recent palaeomagnetic observations have found that the plume had drifted southward before 47 Ma and then remained relatively stationary. This change in plume dynamics could partially explain the Hawaiian-Emperor Bend (HEB). However, a change in plate motion is still required according to a recent kinematic analysis (Torsvik et al., 2017). 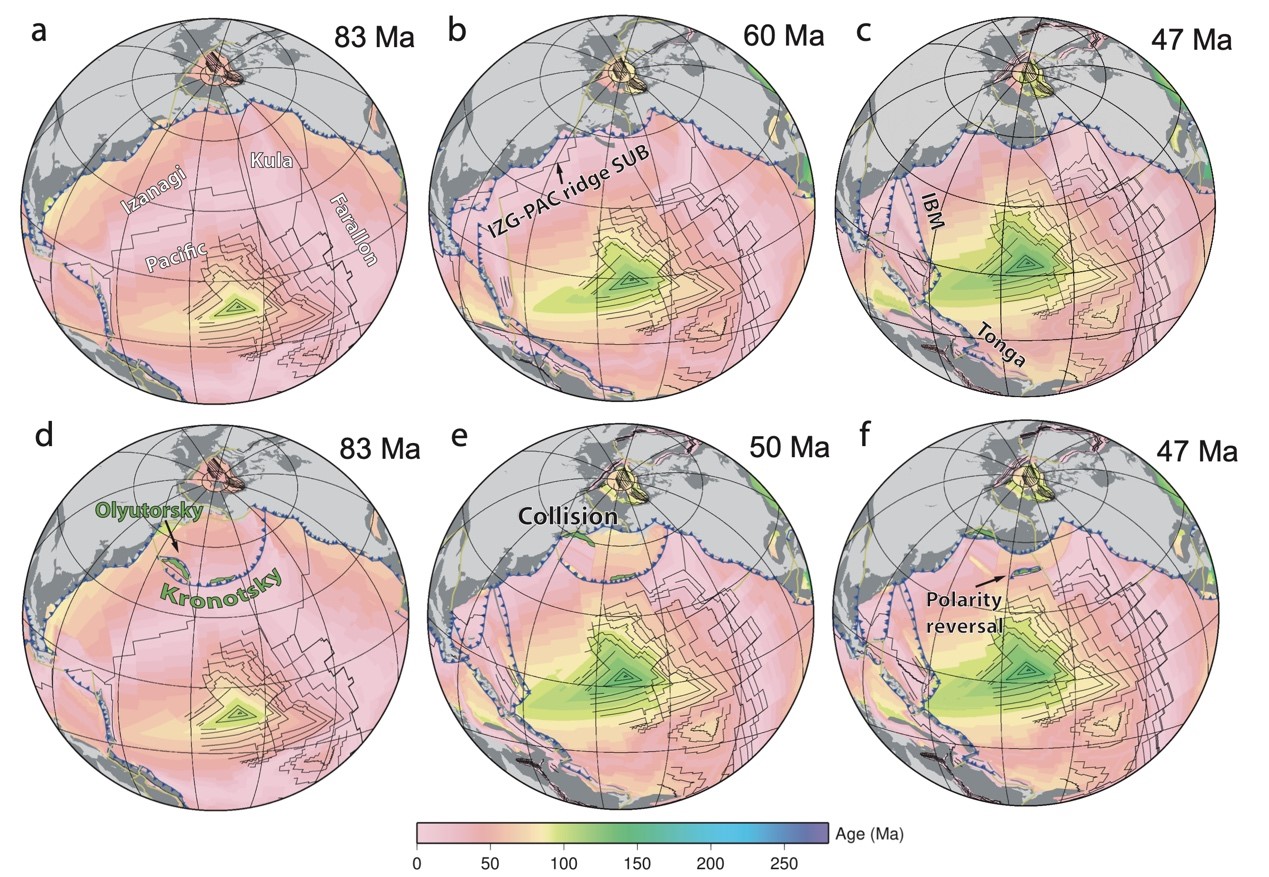 Prof. Hu and his co-authors built high-resolution global dynamic models to quantify the contribution of Pacific Plate motion change and study the mechanisms behind it (Fig. 1). The model uses adaptive mesh refinement. The maximum resolution reaches 1 km. Due to the large computational demands, each model runs parallel on 8704 CPUs and takes 10 to 20 hours to complete. They find using the traditional plate reconstruction where the Izanagi-Pacific spreading center merged with the eastern margin of Asia from about 60 to 50 Ma (Fig. 2a-c), the computed Pacific Plate motion does not show an apparent change. This means traditional hypotheses, including initiation of Izu-Bonin-Mariana (IBM) and Tonga-Kermadec subduction zones, the subduction of the Izanagi-Pacific spreading center, and the collision of the Indian Plate with Eurasia, cannot explain the change in Pacific Plate motion.

Further exploration into the geology leads to the development of an alternative plate reconstruction (Fig. 2d-f). Observations from paleomagnetism, structural geology, and volcanism suggest the Kronotsky and Olyutorsky arc complexes in Kamchatka are exotic, originating from mid-latitudes in the Pacific. This implies that intra-oceanic subduction existed in the North Pacific from Late Cretaceous to Eocene. Based on these constraints, the researchers proposed that the Pacific had been subducting beneath an unknown plate, the Kronotsky Plate, before 47 Ma. The slab pull along this subduction zone provides the force required for the NNW movement of the Pacific Plate. Its Eocene demise leads to the shift of the Pacific Plate motion towards the WNW. Numerical tests with high-resolution global dynamic models confirm this hypothesis and find a 30-35° azimuthal change in Pacific Plate motion (Fig. 3). When combining the Pacific Plate motion change with the southward drift of Hawaiian plume that is derived from earlier studies, the predicted Hawaiian-Emperor Seamount Chain well resembles the observed one (Fig. 3). This study suggests that plate motion change and hotspot drift could have contributed near equally to the HEB. The researchers further speculate that both mechanisms could be related to the Kronotsky subduction, whose demise triggered a change in both the plate kinematics and the pattern of mantle convection.

This work is supported by the National Science Foundation of the United States (NSF), the US Department of Energy, and the Texas Advanced Computer Center (TACC). 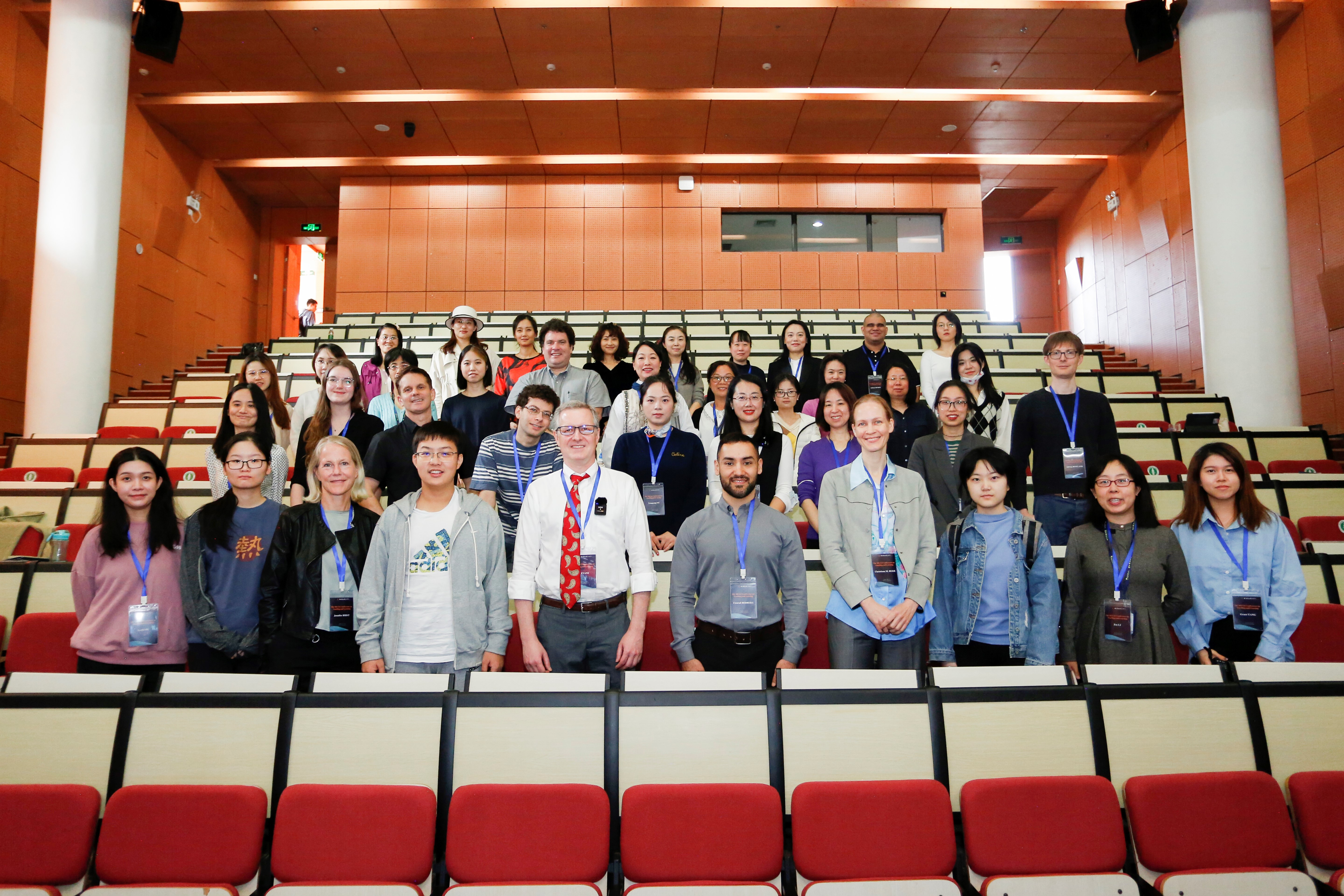 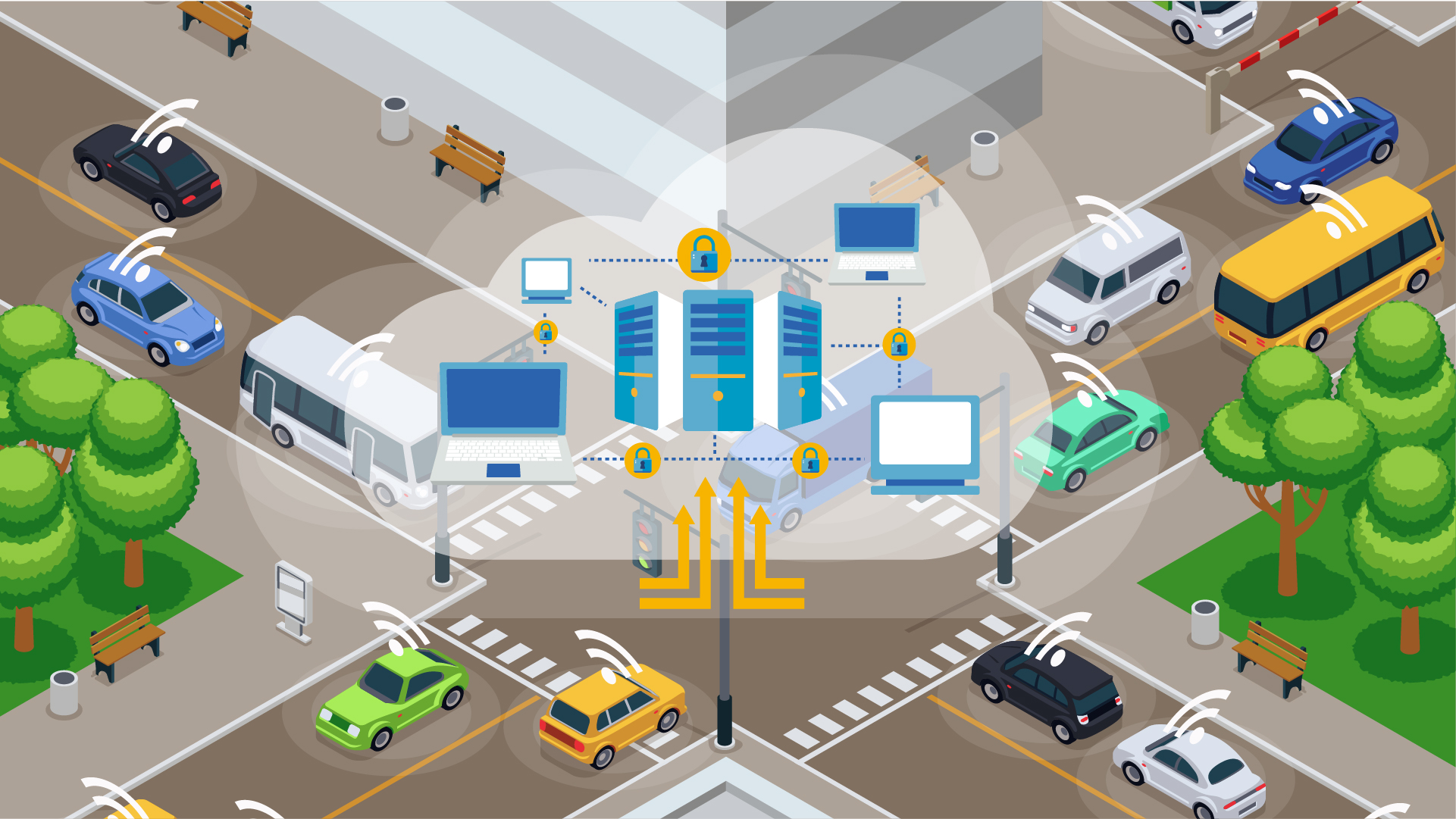