Pasting Spring Festival couplets is one of the oldest traditions to celebrate the Chinese New Year. Composed of a pair of poetry lines vertically placed on both sides of the front door and a four-character horizontal scroll attached above the doorframe, they express people’s warm wishes and good luck for the coming year.

In his remarks at the event, Fengliang LI welcomed all the calligraphers and thanked the Shenzhen Federation of Literary and Art Circles and the Shenzhen Calligraphers Association for their continued support and for helping to develop the campus culture through participating in such events.

This year, the Spring Couplet Calligraphy Festival and Cultural & Creative Market were combined, creating a jovial atmosphere on campus to celebrate the Year of the Rabbit.

He noted that 2023 is the first year of SUSTech’s new five-year action plan for culture building, and he believes with the joint support of everyone at the University, they can contribute to the development of cultural innovation on campus and build Shenzhen into a model of urban civilization.

Jing LI also spoke at the event. He said that in recent years, SUSTech has achieved a series of remarkable achievements, and every time he visits the University, he can feel its rapid growth.

He believes that SUSTech attaches great importance to the development of campus culture through various activities and the spreading of a humanistic spirit. He added that events such as the Spring Couplet Calligraphy Festival and Cultural & Creative Market on campus have become beautiful cultural brands for the University.

He said that calligraphy, as a traditional art, is full of youth and splendor in the open and inclusive environment of the Shenzhen Special Economic Zone (SEZ), and with the holding of the Spring Couplet Calligraphy Festival for seven consecutive years, has created a deeper relationship between calligraphers and SUSTech.

He finished his remarks by saying that he hopes the Shenzhen Calligraphers Association can further strengthen cooperation with SUSTech in the field of culture building, and jointly contribute to the urban culture development of Shenzhen. 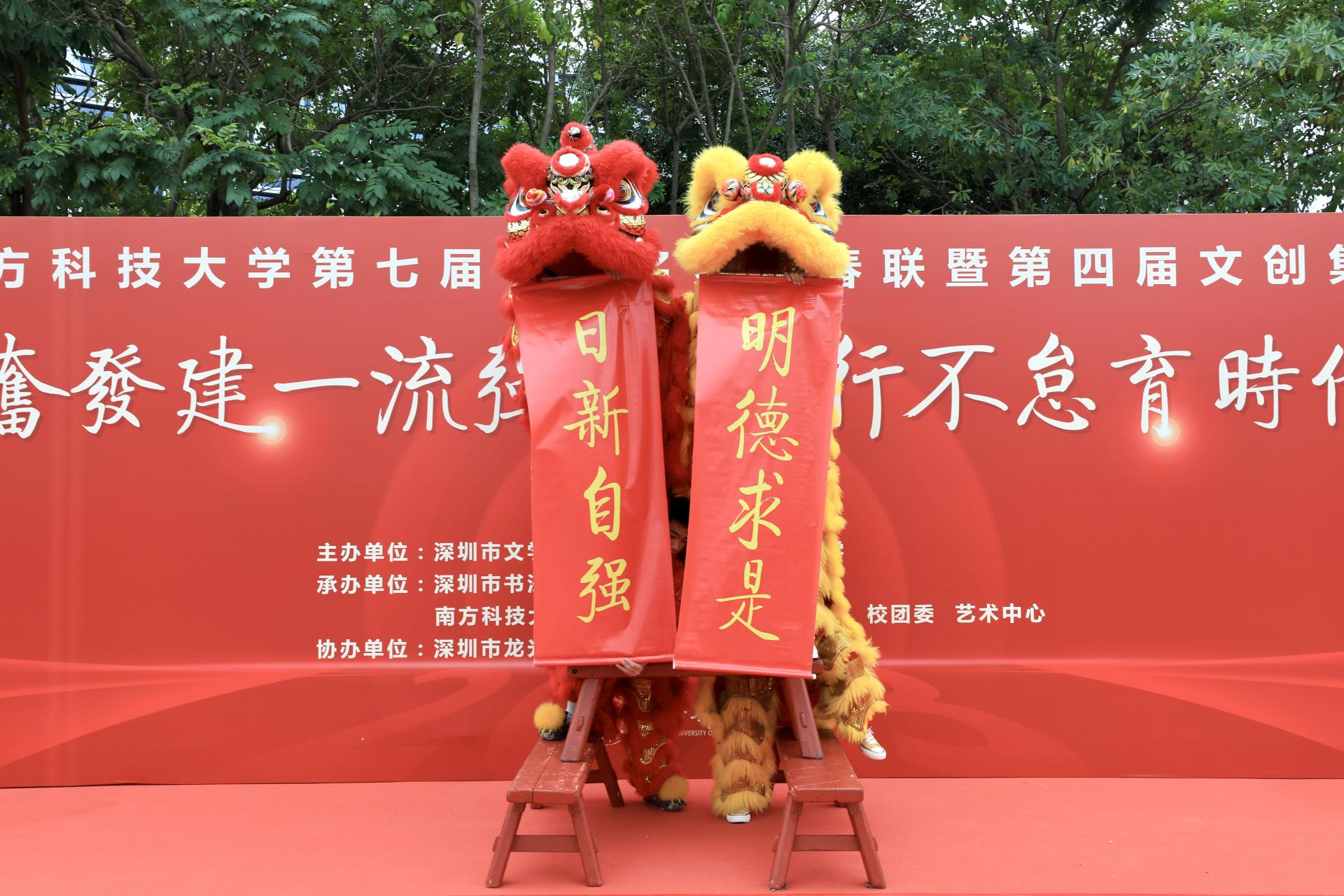 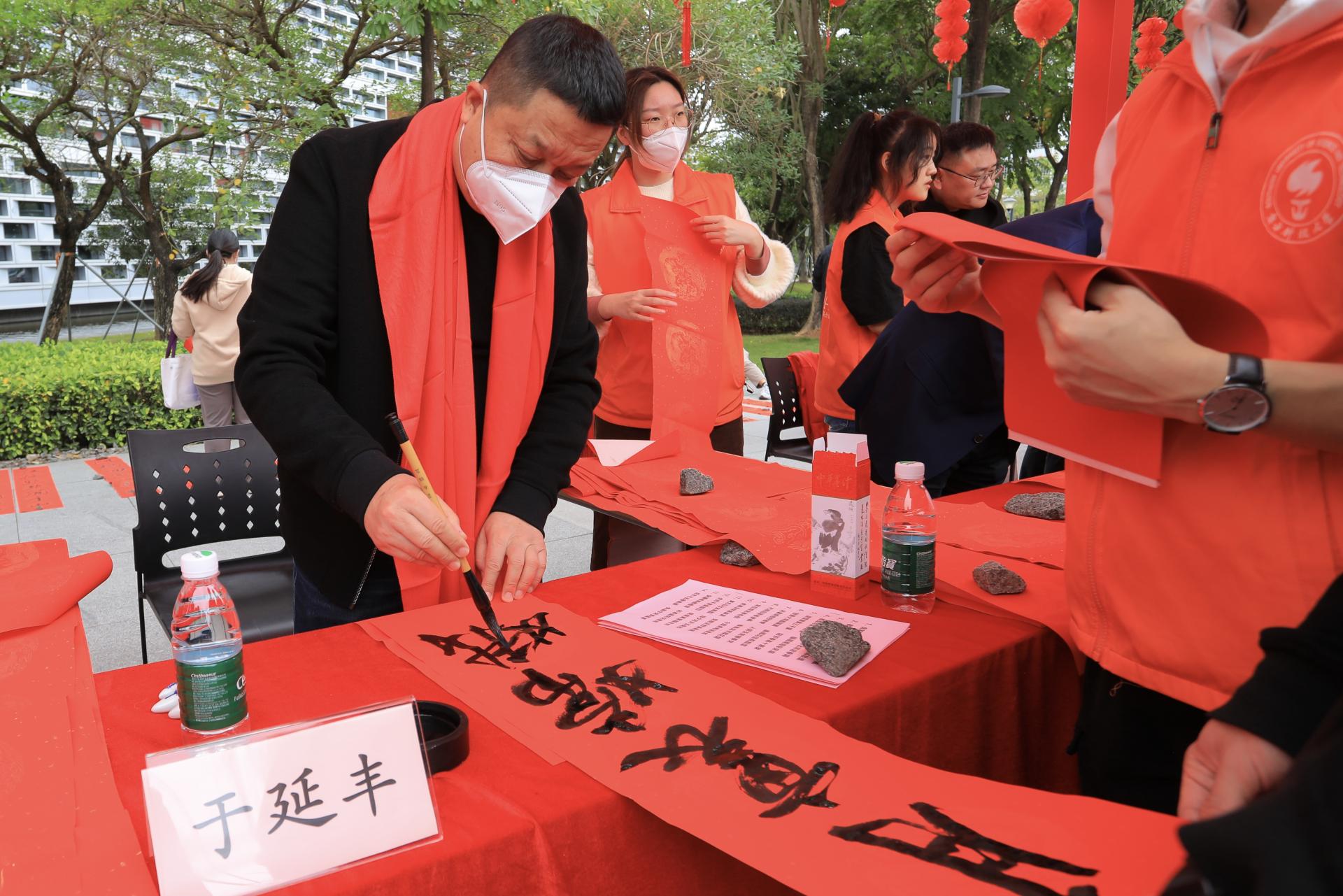 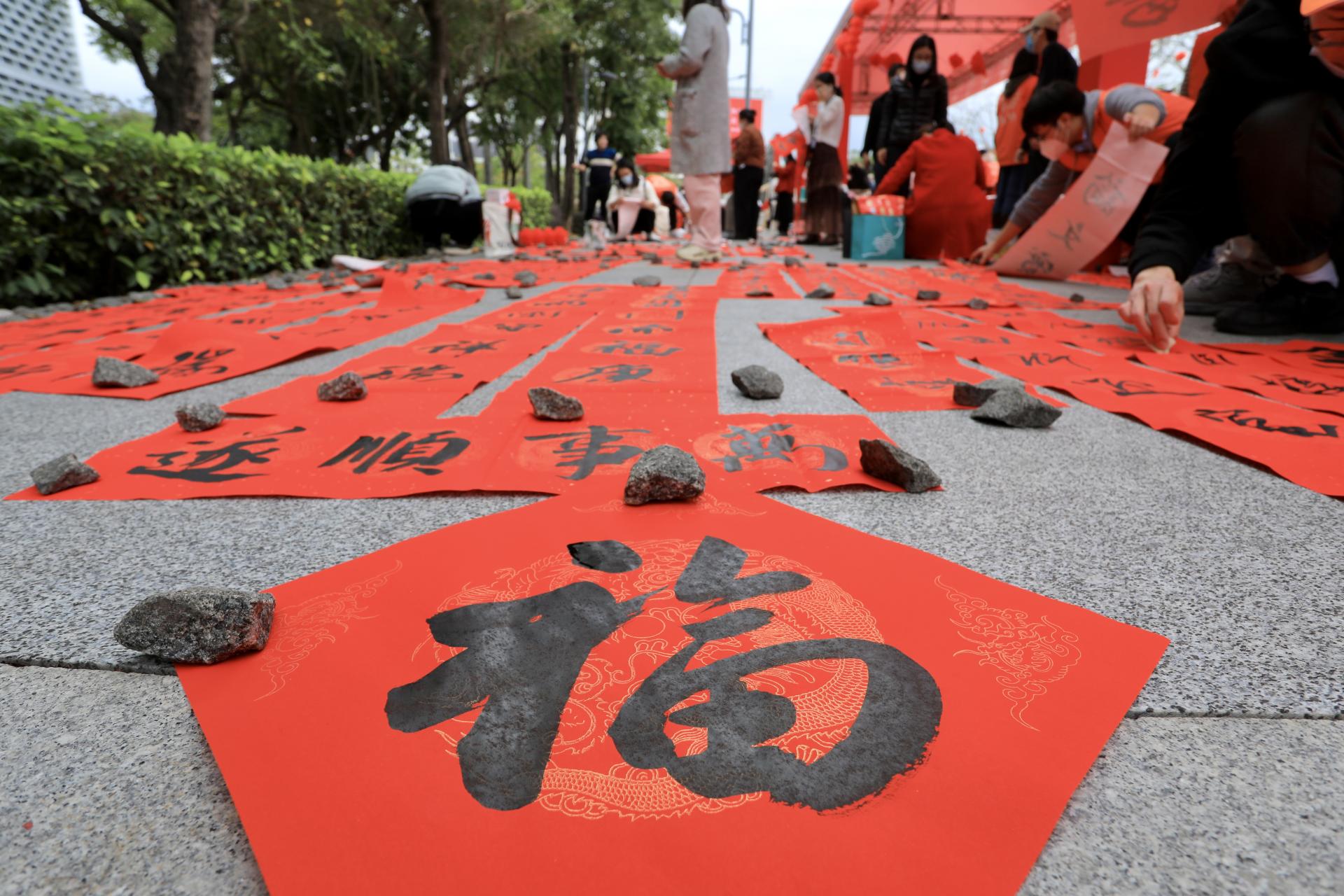 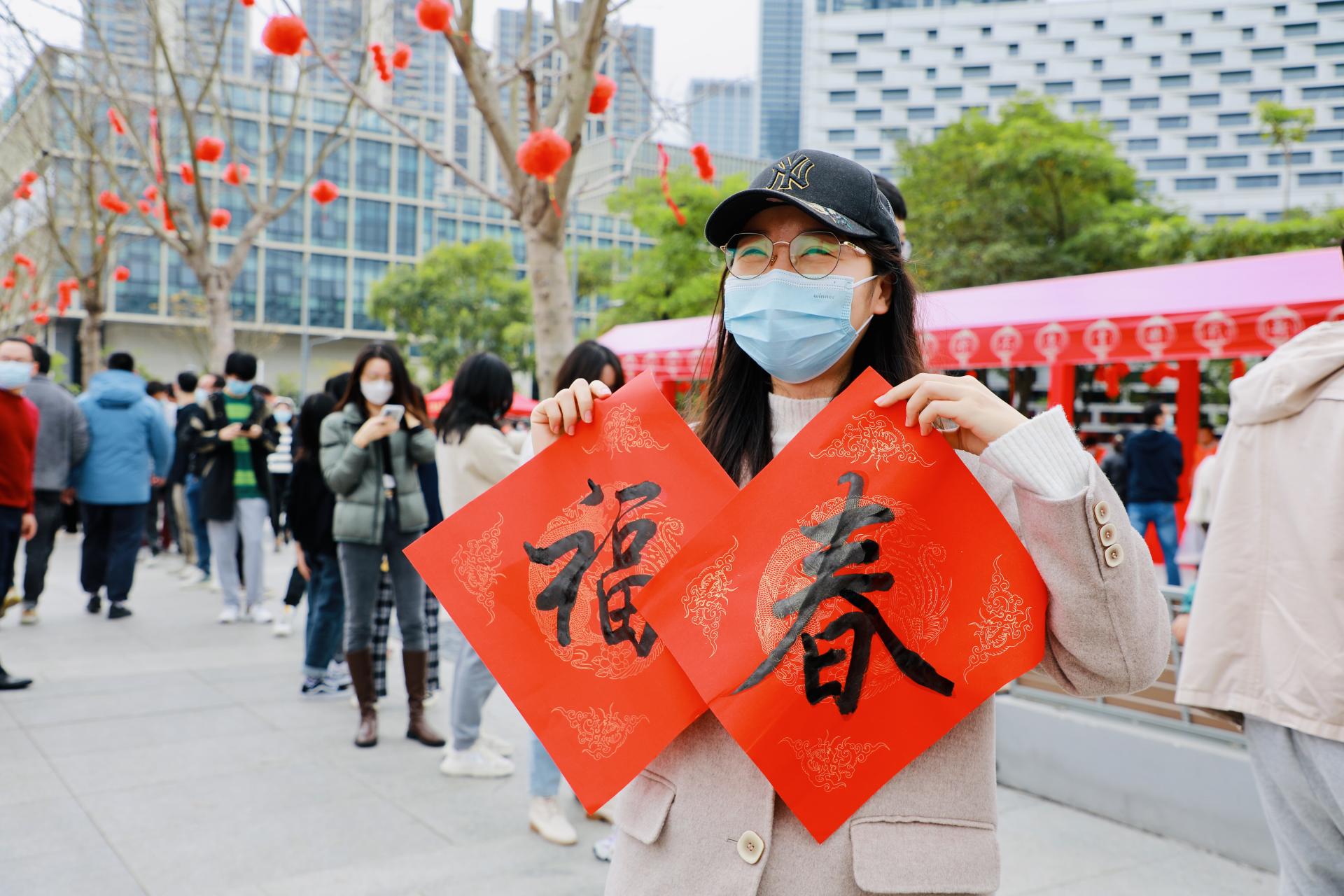 Those in attendance were also treated to a traditional lion dance performance to celebrate the Spring Festival, paper-cutting art designs, family activities, etc.

Students from the Calligraphy and Paintings Club also wrote Spring Festival couplets and presented them to faculty, students, staff, and family members attending the occasion. There was also the opportunity to win a variety of accessories in relation to the Year of the Rabbit by getting cards provided to them stamped at the various booths at the market.

As an important event for culture building at SUSTech, the Spring Couplet Calligraphy Festival and Cultural & Creative Market aims to create a prosperous campus atmosphere, and help create a world-class university with a profound cultural image. 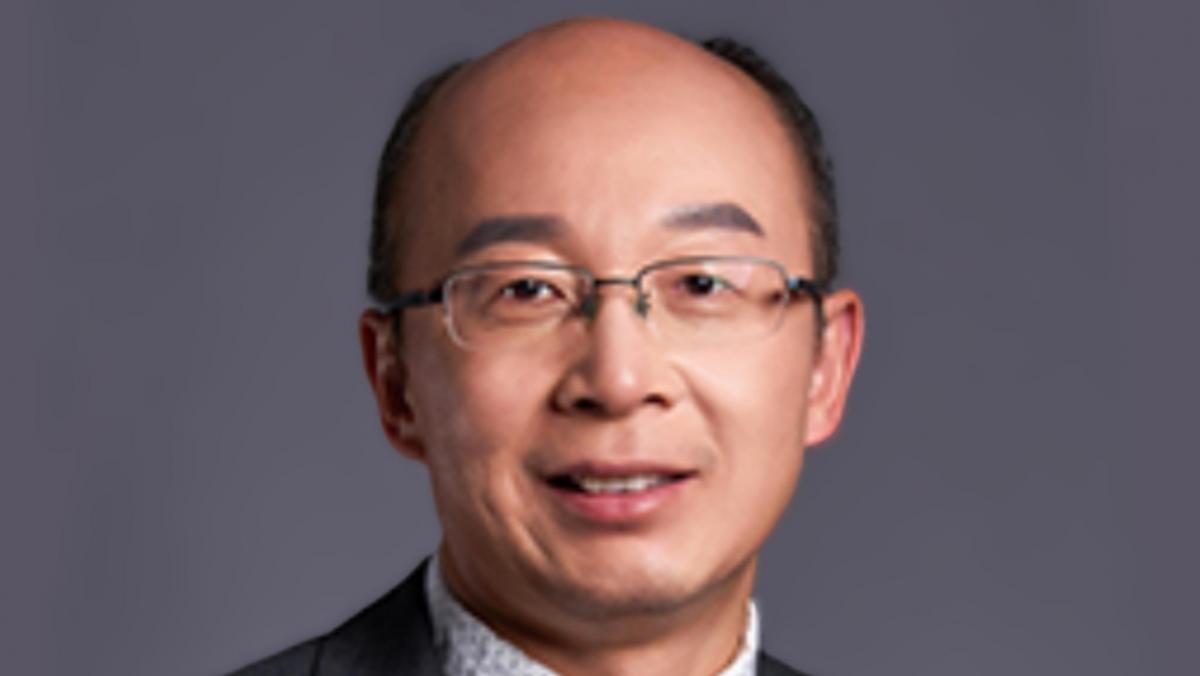 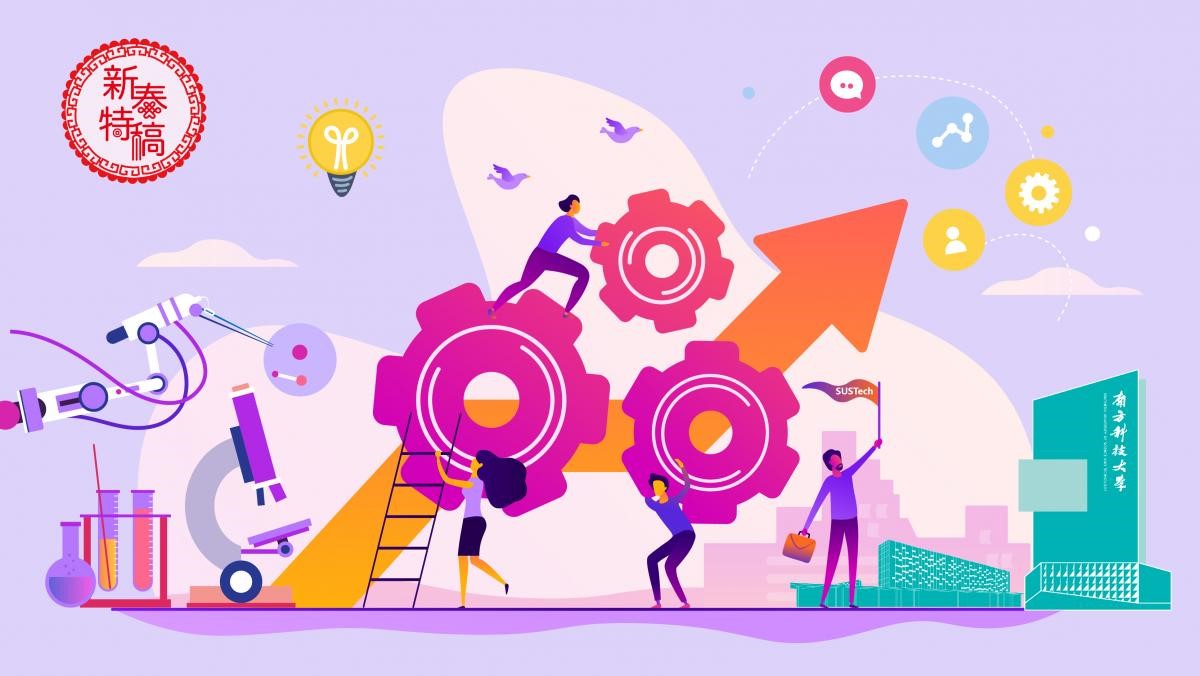